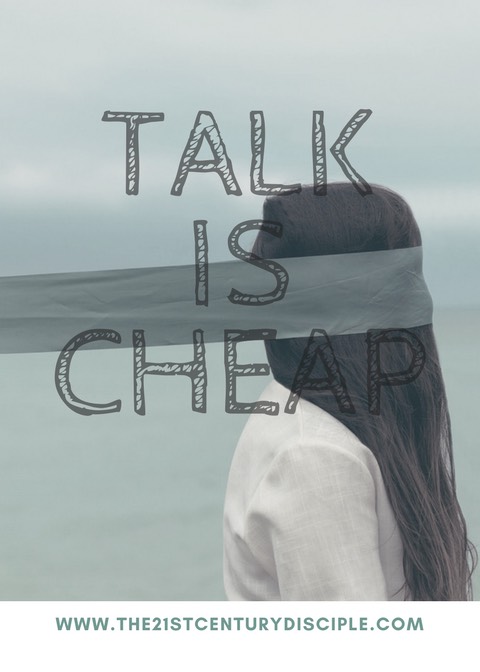 I have a friend who never commits to making promises. I truly never understood him, I used to think he was being coy and evasive and taking ” by God’s grace” too far. You would give  him an hypothetical question and his response would be; I don’t know, I can’t predict how I’ll react or by God’s grace I’d like to believe I’d……… He’d always say Doyin anybody can do anything.

Well, I recently learnt that as humans we are capable of all sorts.

Given the right circumstances any of us are capable of any sin. Rick Warren

Trust in the Lord with all your heart and lean not on your own understanding; in all our ways acknowledge him, and he shall direct your path. Proverbs 3: 5 – 6

But Simon peter declared, ” even if I have to die with you, I will never disown you. And all the other disciples said the same. Matthew 26: 35

Then seizing him, they led him away and took him into the house of the high priest. Peter followed at a distance. And when some there had kindled a fire in the middle of the courtyard and had sat down together, Peter sat down with them. A servant girl saw him seated there in the firelight. She looked closely at him and said, “This man was with him.”

A little later someone else saw him and said, “You also are one of them.”

“Man, I am not!” Peter replied. About an hour later another asserted, “Certainly this fellow was with him, for he is a Galilean.” Peter replied, “Man, I don’t know what you’re talking about!” Just as he was speaking, the rooster crowed. The Lord turned and looked straight at Peter. Then Peter remembered the word the Lord had spoken to him: “Before the rooster crows today, you will disown me three times.” And he went outside and wept bitterly. Luke 22: 54 – 62

I cannot even begin to imagine how awful Peter felt in that moment when his eyes met the Lord’s.

Here, we had Peter a self confident young man who was one of the “inner circle” disciples (Peter, James and John) of Jesus Christ. These three were the only ones who witnessed the raising of Jairus’ daughter from the dead (Mark 5: 37) and  the transfiguration on the mount (Matthew 17: 1 – 10).

When the other disciples saw Jesus walking on the water and were afraid that he was a ghost, Peter was the courageous one who called out; Lord if it is you, command me to come to you on the water. We know all know how the walking on water story ended (lol). Peter was the first person to confess that Jesus is Christ, the Son of the living God (Matthew 16:16).

Simply put, Peter knew Jesus and couldn’t see himself ever betraying Him. When he said “even if I have to die with you, I will never deny you” he truly believed that to be true. He at that time couldn’t see himself doing that. He was so confident in his love and knowledge of God that betrayal wasn’t an option. In all fairness to him though,  he was the only disciple that took some sort of action during the arrest of Jesus. He drew his sword and cut off the ear of the high priest’s servant (again relying on his strength and confidence). When all the other disciples fled, he along with another disciple followed at a distance.

Therefore let anyone who thinks that he stands take heed lest he fall. 1 Corinthians 10:12

Pride really does go before a fall, and when the bible says lean not on your own understanding its for a reason. It’s really easy to get overly self confident, look down on people that have made mistakes and believe we know better than to make such mistakes.

Again “given the right circumstances any of us are capable of any sin”. The flesh is a really powerful thing, and when we do not solely rely on God and acknowledge that outside of Him no amount of personal will power and good intentions can save us; we are setting ourselves up to fail.

Judas was remorseful for betraying Jesus and killed himself.

Peter was remorseful, the bible tells us he left for a solitary place and he began to weep. He wept bitterly, he had just discovered the corruption and weakness of his flesh even in the face of his best intentions. After his tears were over, he didn’t go into hiding. He showed up at the tomb on the third day, he was also present in the upper room. His guilt didn’t keep him away from the fellowship of the brethren aka church.

After the resurrection, Peter and some of the disciples were out fishing. Jesus appeared on the shore and the minute Peter realized it was the Lord, he plunged into the sea and ran ashore to meet Him (his sin/betrayal didn’t keep him away from God). The other disciples came in the little boat.

Jesus then had this conversation with Peter,

This conversation proves that Jesus forgives and restores. He forgave Peter and made him the shepherd of the his people, the foundation rock of the church.

Peter was restored, he stood on the Day of Pentecost and preached a great sermon converting three thousand people and birthing his ministry.

It’s a great lesson for us to learn. To understand the weakness of our flesh and to never lean on our own understanding.

3 thoughts on “TALK IS CHEAP.”