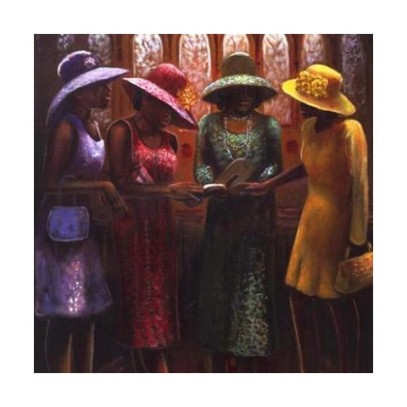 I really appreciate y’all for reading and commenting on the first blog post. I appreciate also all of you that took out time to make corrections, they were very helpful.

On today’s post, I’ll be discussing changing church and the parental drama involved.I’m currently fighting the third leg of a three years old war of the churches with my father and I’m pretty confident this time I’ll win. Believe me when I say it is a war, ‘cos it really is. When it comes to my Dad we never argue like regular people. We fight wars, mapping out strategies, brandishing weapons (words) and hiring mercenaries.

The first leg of the war began the first time I told my father I wanted to change church and stop attending our family church.
Fresh out of Uni, I figured I had attained a level of spirituality from my fellowship in school that needed to be maintained. Something I knew my current church could not do. So I prayed and planned my line of argument. I even planned a call and response; if he says this I’ll say this……..
To my utter disbelief, his answer was a straight to the point NO. He didn’t ask why I wanted a change, where I wanted to change to or anything. Just a quick NO  followed by a “pass me the remote” and the conversation was over. I didn’t even get a chance to fight.

Angry was an understatement, I felt slighted after all my prepared speech. I decided I was going to totally ignore him, I even googled how to survive without parental support (I’m not called drama queen for nothing) two days later, baba brought home chicken suya and I figured I still needed him to pay law school tuition anyways, so I might as well eat his peace offering. So I did.
Telling him the second time was a lot easier, I was less nervous and well prepared. I decided even if he doesn’t react I will draw a reaction out of him. This time, he asked why I wanted a change. I started explaining how our current church isn’t youth friendly, I explained that feeling a soulful connection to a church is very important also our Church doesn’t speak my spiritual love language and doesn’t meet my overall spiritual needs.

This isn’t even a question of heaven or hell father!. It is of growth and Yes, Jesus is in our Church he just doesn’t speak the language I understand there. It’s like going for a French service, when there is an English service elsewhere that I can understand and can relate to. French services are not wrong but they are wrong for me.

The entire focus of our current church does not fit the overall plan of my life and where I’m currently at spiritually. Simply put I have outgrown our church.(yea that happens)

I also tried to explain that all I was looking for was the word, a church with a word based ministry. I wasn’t leaving our church for some hippie Jesus movement, where the music is louder than the worship, and the congregation is encouraged to do back-flips for Jesus (because let’s face it, his greatest fear is that I’ll break my spine in my quest for salvation) but he just wasn’t having it.
Nothing I said made sense and all my points were turned into condemnation of our current church. He really took it personally, ending his long sermon with disobedience is as a sin of witchcraft.
I really want to change my church, but not on a rebellious note-without my father’s consent. What kind of Christian will that make me? besides, I do not want to paint a picture that my “church to be” encouraged rebellion.
I thought my father’s reaction was peculiar, until I told a couple of my friends. I found out from them that his reaction was perfectly in line with the teachings of the school of parenthood.

I asked those who already made the change how they triumphed, and their responses echoed the same words patience and more patience. Someone even suggested good behavior and a great display of spiritual maturity, gently explaining that there is a big difference between leaving a church and leaving God.

I fear that my father’s reluctance is all part of a “don’t grow up too fast/ I’ll hold on to you for as long as I can” phase. But then again, what do I really know about the workings of an old man’s mind.

Feel free to jump in with war tips and suggestions if you are also currently fighting this war (even if it’s not a war in your family) or if you have experienced and won.

P.S- Did i mention my mother (the ultimate mercenary) has been swinging like a pendulum and has refused to pick a side. Just end this war already MOTHER!!!!!!